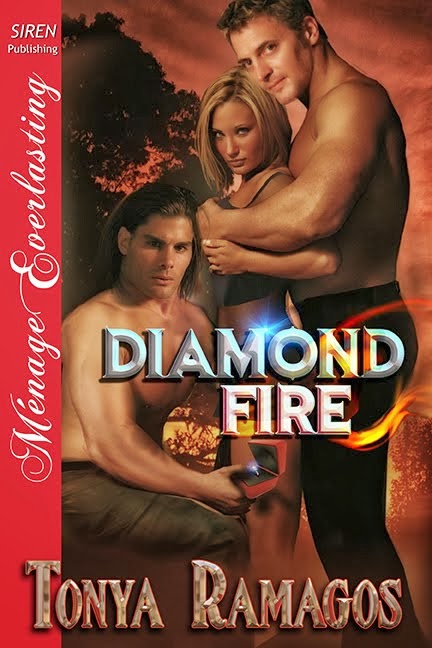 It's pre-order time! Diamond Fire, a new single-title firefighter menage, is now available at Siren-BookStrand at 10% off the cover price. Release day is February 28th!

Firefighter Blake Kane knew he’d found the love of his life when he met Wendi. Six months later, she became his wife. Vivacious, sultry, and smart, she’s everything he wants, and he’ll do anything to keep her happy…including inviting his closest friend into their bed.
Even after ten years of marriage, everything about Blake makes Wendi Kane swoon. Fearful of losing the man she loves, she’s buried a secret she’ll carry to her grave. Somehow, she’s fallen for Chase, too. When Blake offers her a night with Chase, it seems like the perfect anniversary gift. If only one night could be enough.
Firefighter Chase Thorne has secretly loved his best friend’s wife for over a decade. Despite his envy, he would never do anything to tear Blake and Wendi apart. When Blake invites him to a threesome, his heart and libido won’t let him refuse. But when truths come out, cherished friendships and a perfect marriage could be at stake.
Posted by Unknown at 2:03 PM No comments: 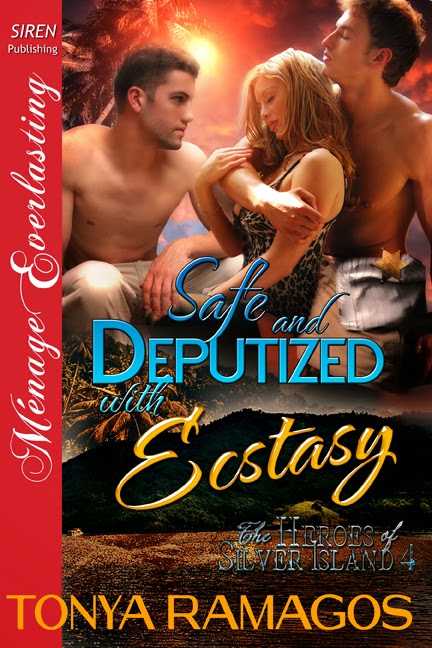 Safe and Burning with Ecstasy is now available 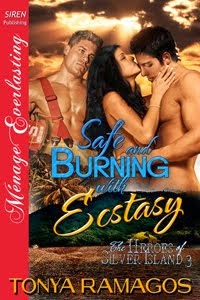 SAFE AND BURNING WITH ECSTASY
The Heroes of Silver Island 3

Someone is out to get Delilah Faith Cassidy, but she doesn’t know who or why and the police don’t believe her. When everything she owns goes up in flames, she flees Chicago and heads south. Frightened, confused, and determined to stay alive, she boards the excursion boat to Silver Island, only to find herself in bigger danger when she meets firefighters Blaze Vardry and Kalvin Fitzpatrick.

Blaze and Kalvin have done everything together since their days in the fire academy. They moved to Silver Island where ménage relationships are accepted in hopes of finding that special woman they can share forever. One look at Delilah and they know they’ve found her.

But the flame that ignites between them isn’t the only one burning on the island. Trouble is turning sparks into infernos, and Delilah is in the center of it all. Blaze and Kalvin have to trust their hearts, ignore their suspicions, and find out who is after Delilah before they lose her forever.