New Release: Caught in the Middle 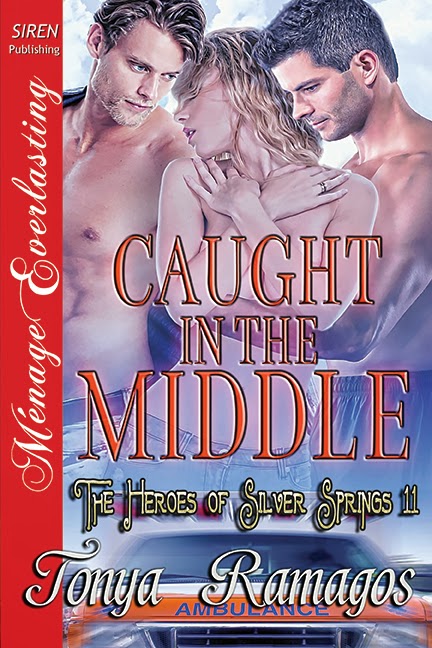 It might be getting cold outside, but things are always heating up in Silver Springs. Doctor Owen Banks and Arson Prosecutor Gage Britt have EMT Terri Vega sizzling in Caught in the Middle, the latest installment of The Heroes of Silver Springs series.

Caught in the Middle is available now at:

One look at Dr. Owen Banks and EMT Terri “the fling queen” Vega started thinking relationship. But Owen played the “friends” card. Terri rolled with it, certain things would change. Then she met Arson Prosecutor Gage Britt and a new flame ignited. Now she’s caught in the middle and must choose between them or return to a no-strings-attached sex life. But could there be another option?
Gage stole Owen’s woman once. Owen won’t let it happen again, even if it means going to blows with an ex-friend. But when Terri falls victim to a new predator in the city, he might need Gage’s help to save her.
Women come and go, but true friendships last forever. At least that’s what Gage believes. He let a woman come between him and Owen once and it’s happening again. Gage refuses to walk away from Terri, but there may be a solution that will let all of the follow their hearts.